Victor D’Amico (1904-1987) and Mabel Birckhead D’Amico (1909–1998) were pioneering artist teachers who individually and jointly made significant practical and philosophical contributions to modern art education that remain relevant to this day. They continue to inspire, motivate, and teach through the singular sites that comprise The Art Barge and The Mabel and Victor D’Amico Studio and Archive.

Victor’s philosophy was based on a fundamental faith in the creative potential of every man, woman, and child. He believed "that the arts are a humanizing force, and their major function is to vitalize living."

Mabel Birckhead D’Amico was an artist teacher who believed that “art should become for all  people, regardless of their ability, a form of expression which they will use naturally and unselfconsciously throughout their lives”.

Their philosophy of art and the creative ideal provided the incentive to constantly seek out new solutions and methods to open the world of art up to every man, woman, and child regardless of their “place’ in life. Together, they created innovative teaching methods that reached thousands of people and have become so much a part of art and education that they are taken for granted.

Victor and Mabel’s D’Amico’s most lasting achievement, The Art Barge in Amagansett, was founded in 1960 as a summer outpost of The Museum of Modern Art.  Victor beached a retired World War II Navy barge on the south shore of Napeague Harbor on land that was owned by Mabel. An upper deck was added to the original structure, which was renovated to accommodate studios and workshop space. It is at The Art Barge where Victor and Mabel’s ideas flourish and continue to be utilized in teaching generations of students.

Across the harbor from The Art Barge is where Victor and Mabel settled and built a home in Lazy Point. The D’Amico Studio and Archive, their home and studio, in 1940, is an early example of a modern beach house. The house/studio designed and built by Victor and Mabel contains modernist furnishings and objects collected by them and showcases the life work of Mabel, who was a found object construction artist. The experience of her studio provides insight and brings dimensions to the many creations that populate the house, making more tangible her experimental approach to art, creativity, and teaching. The Archive comprises the extensive collection of art educational research material – photographs, films, treatises, books, manuscripts, motivational material, and artwork documenting their life work.

Just as Mabel and Victor originally intended. People nowadays who take one of the may offerings at The Art Barge, who continue to work alongside others and discover some creative magic or visit the D’Amico House and see firsthand how creativity can enrich one’s own home life, still gain a sense of awareness about themselves and the world which surrounds them. It is a living history that is understood and embraced.

One of the National Trusts’ Historic Artist Home and Studio’s, the Art Barge and the D’Amico Studio and Archive, are located 15 miles from the Montauk Point lighthouse on eastern Long Island. 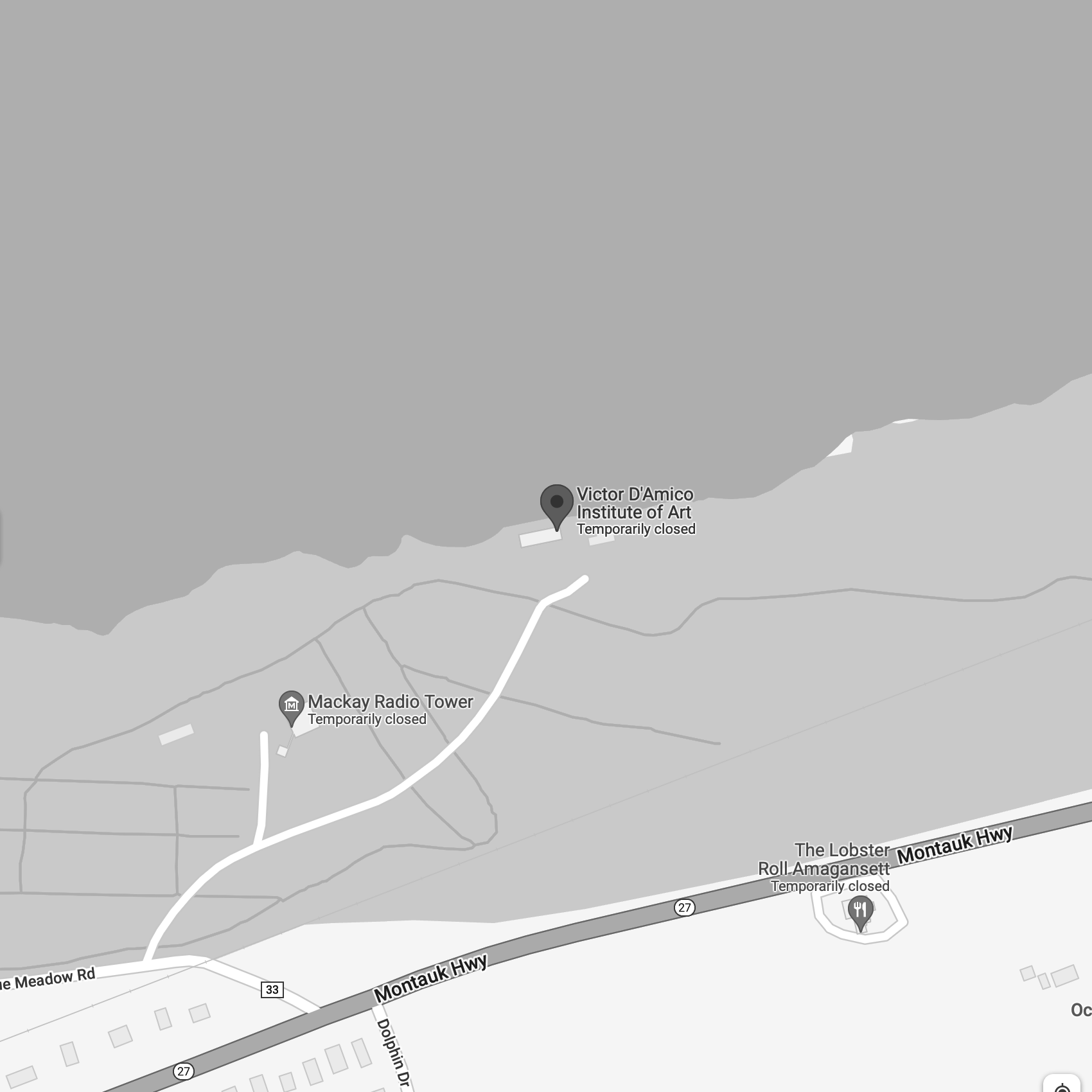 Free. Donations accepted. Classes and workshops at The Art Barge by tuition.